Supporter Sue Barry Thanks the Monkeys and Wants to Give Back

By Primates Incorporated11/21/2019News
No Comments

One of the reasons that I strongly support primate retirement is because of what they have done for me and the many millions of human primates around the world who have Multiple Sclerosis and other autoimmune diseases.  In 1932, a researcher ( Thomas Rivers, Rockefeller University) discovered the many commonalities that existed between MS and the disease in Rhesus monkeys called EAE.  This animal model became the most commonly used experimental model for studying M.S.   It led to the discovery of many disease modifying therapies, DMT, that have enabled countless humans with disabling diseases to lead fuller lives.

When I learned two years ago that there were Rhesus retirement sanctuaries in the United States, including a new one in Wisconsin, I was so gratified to learn that some of these animals were being treated humanely once they were no longer needed for research purposes. As a human primate, I have always believed that one of our best traits is the value and respect we show to all of living things.  So I was so happy to know that some of these monkeys are given a chance to live part of their lives in comfort and security.  It feels so right to show that we do not take for granted the role they have been given to make our lives better.  I am proud of the humans who are making an effort in this regard. And I am hopeful that more people will become aware that monkeys have a chance for retirement and will join in supporting the efforts of Primates, Inc. so more monkeys will be given this opportunity.

I value life, perhaps more because of living with a disease.   This is why it is so important for me to give back to these unsung heroes. 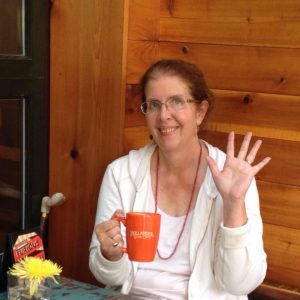