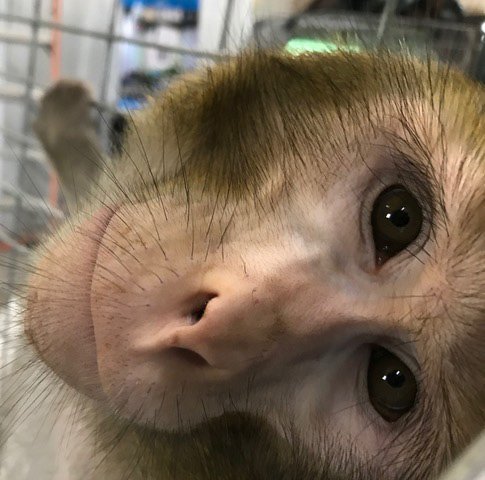 Since his arrival at Primates Incorporated, River’s personality has really bloomed. River, now 5 years old, is quite the adorable lily with us. He loves to be “groomed” with a back scratcher – all over and as often as possible! It’s hard to pass up giving him a good grooming again and again (and again!) when he presents himself and gives us the cute puppy dog eyes –er—I mean, the cute Rhesus monkey eyes. He also likes to look at us upside-down through his legs, sometimes while lip-smacking (a friendly gesture). This often elicits a response of “Aww, I love you, too!” from his caregivers. He is also a stinker, but in the best way. He keeps us on our toes and gives us plenty of good laughs.

River loves to explore his enclosure and create his own games. He also loves playing “games” with us, such as we do when we do positive reinforcement training with him. River is very smart and he is a quick learner. He has learned tasks such as to approach, touch, and hold a “target” object on the outside of his enclosure. This provides a foundation toward future tasks that will help us communicate what we would like him to do; for example, moving to a different enclosure or eating in one spot and not taking food away from others. He is also starting to learn how to present a body part voluntarily (and hence less stressful for him) in case we need to do a medical check or intervention.

River has a true sweet tooth and LOVES his bananas and berries! In fact, if we offer him a bowl of fruits and veggies, he will hastily chuck his veggies away – sometimes outside his enclosure – in order to get to his fruit. That being said, he does come back later to eat his vegetables and he does like them more than his monkey biscuits. As with humans, we have to give him a balanced diet to keep him healthy, so much to his chagrin, he can’t just have fruit all day. 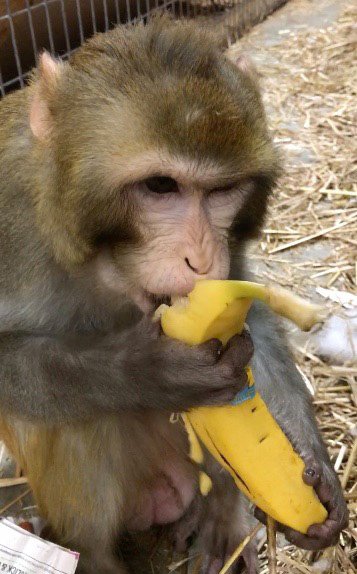 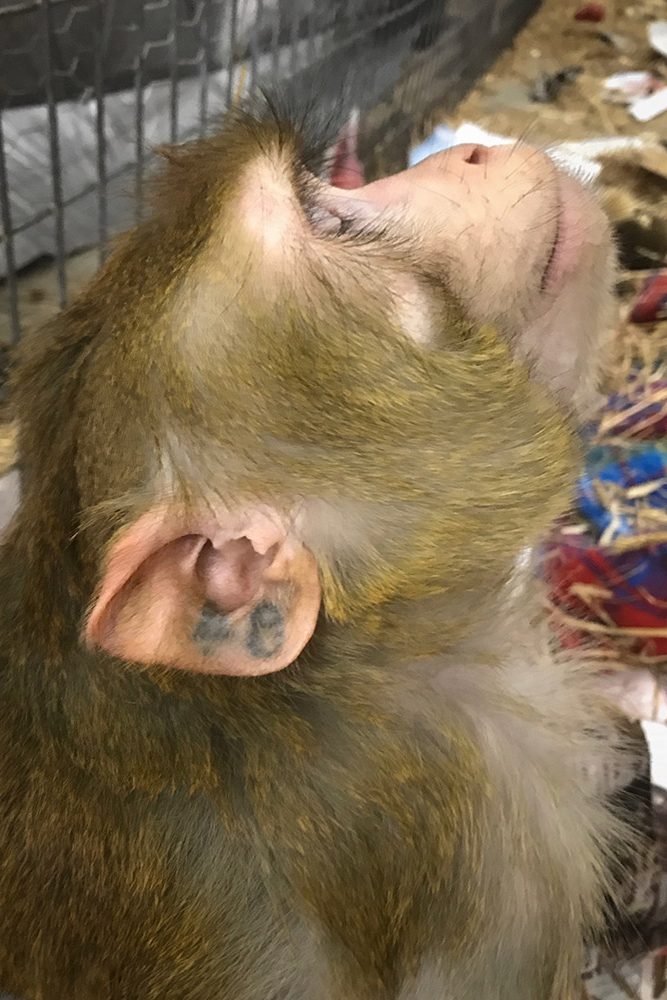 While he was originally hesitant to touch the straw in his enclosure, he now wants more and more of it, and can sometimes be seen “swimming” through it. He sometimes drags his blankets around, or puts small ones over his head while walking around. He also enjoys stuffed animals, though, his playing with them tends to involve seeing how much stuffing he can remove from them.

River has been curious about his neighbors Batman and Timon, and has shown promise for joining them in one enclosure soon. Being such a social and playful guy, we think he might really enjoy interacting with these new peers! Stay tuned!