Prosimians are the most evolutionarily primitive group of primates. In fact, the word “prosimian” means “pre-monkey” in Latin. With the exception of lemurs, prosimians live in the tropical forests of Southeast Asia, India, and Africa. Lemurs are found exclusively on the African island of Madagascar and live both on the ground and in trees. Unlike almost all other primates, the majority of prosimians (with the exception of lemurs, indris and sifakas) are nocturnal. Most prosimians rely heavily on their sense of smell and hearing.

The diets of prosimians vary by species; while most eat fruit and bugs, the tarsier is carnivorous and eats only meat. To aid in grooming, many prosimians have a toothcomb, or tightly-clustered incisors and canine teeth, and a claw on their second toe. The locomotion of some prosimian species can be quite unique. For example, lorises creep around extremely slowly; galagos and tarsiers hop or leap long distances; and indris hop rather than walk when on the ground. 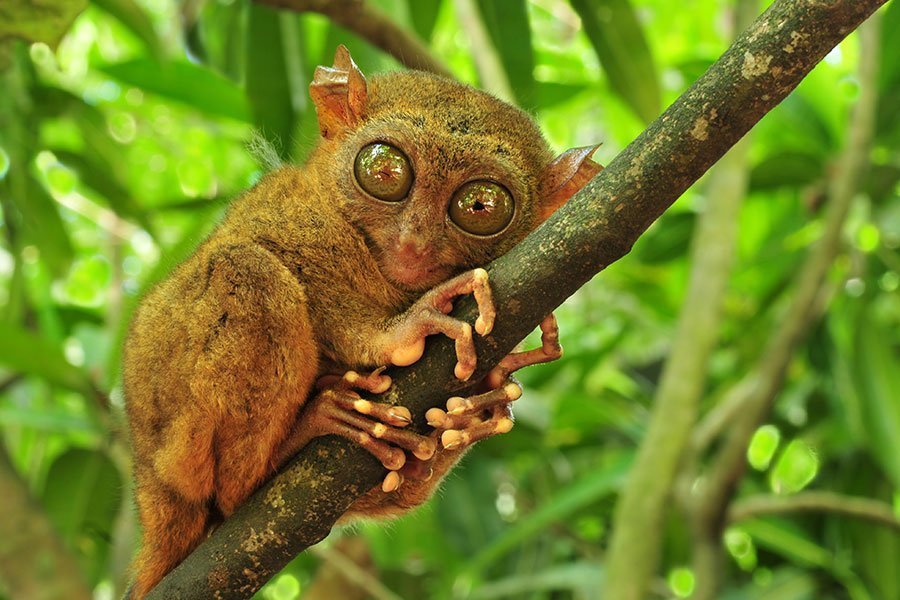 Lemurs, indris, sifakas, galagos, aye-ayes, and lorises are other examples of Prosimians.