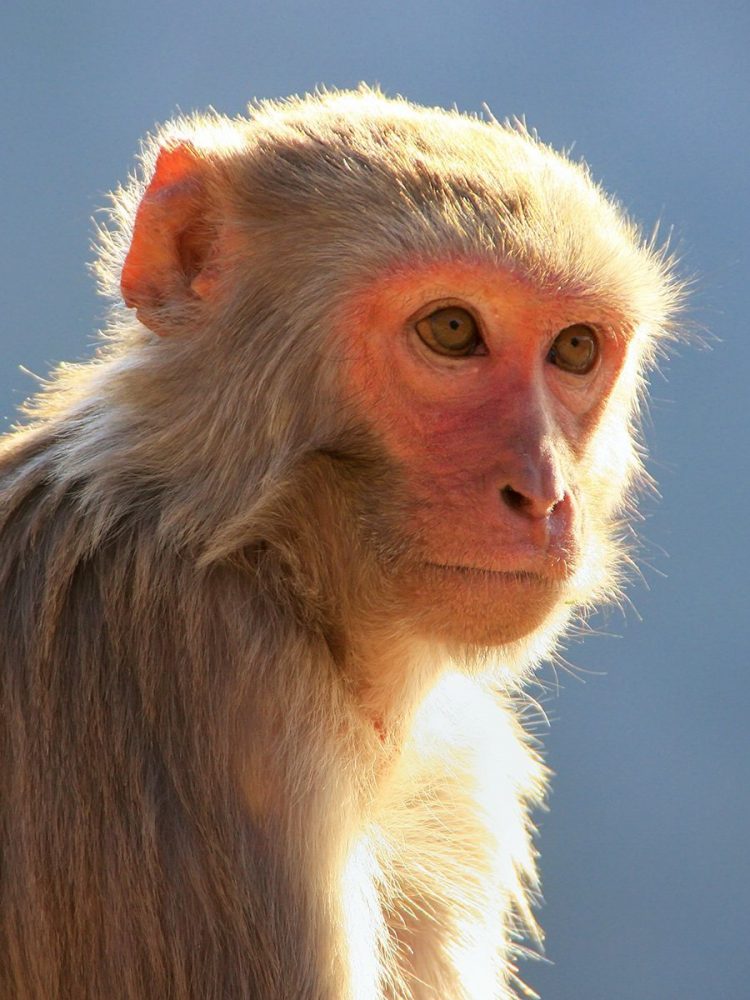 The term “Old World monkey” refers to species of monkeys that are found in Africa and Asia. They are the most widely distributed group of non-human primates. The environments that Old World monkeys inhabit range from tropical forests to dry grasslands and from hot urban areas to snowy, mountainous regions.

Old World monkeys can be found in trees or on the ground. All species have a tail*, but it is not prehensile, meaning they cannot hang from it or use it like an extra arm or leg. As they often sit or sleep on hard surfaces, many species of Old World monkeys have hairless, calloused, sitting pads on their rumps called “ischial callosities (1).” In some species, females experience a period of estrous, which is when the genital region of adult females swells and turns bright pink or red as they approach ovulation, a feature that attracts males.

Note: The Barbary macaque of Gibraltar is often called an ape because its tail is so short that it appears non-existent. However, this macaque is not an ape; it is an old world monkey.

Baboons, guenons, mandrills, colobuses, and langurs are other examples of Old World monkeys.