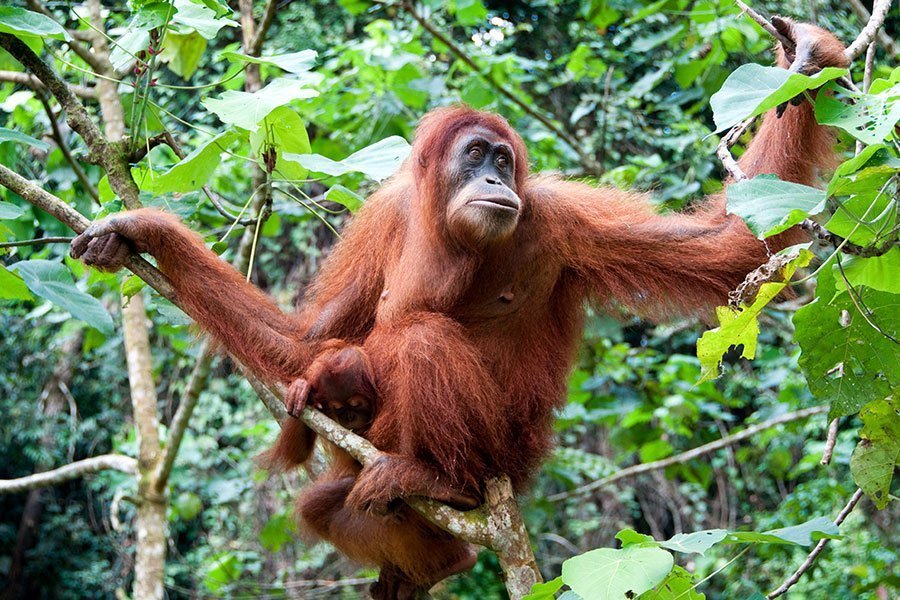 Chimpanzees, bonobos, gorillas, and humans are other examples of Great Apes.