Small-bodied apes, otherwise called Lesser apes, consist of about 12 species of gibbons and siamangs. They are only found in the tropical forests of Southeast Asia. Small-bodied apes have long arms that help them swing quickly (up to 35mph!) and effortlessly through the trees, where they spend the majority of their time. When they walk on the ground or on thick branches, they often walk upright on two feet, sometimes with their arms raised above their head.

Unlike monkeys, no apes have tails. However, the small-bodied apes do have hard, calloused, sitting pads on their rumps, similar to many species of Old World monkeys. Some species have a large throat sac that inflates like a bagpipe and amplifies their call song. Males and females form pairs which duet at dawn and dusk, emitting a loud song throughout the forest. 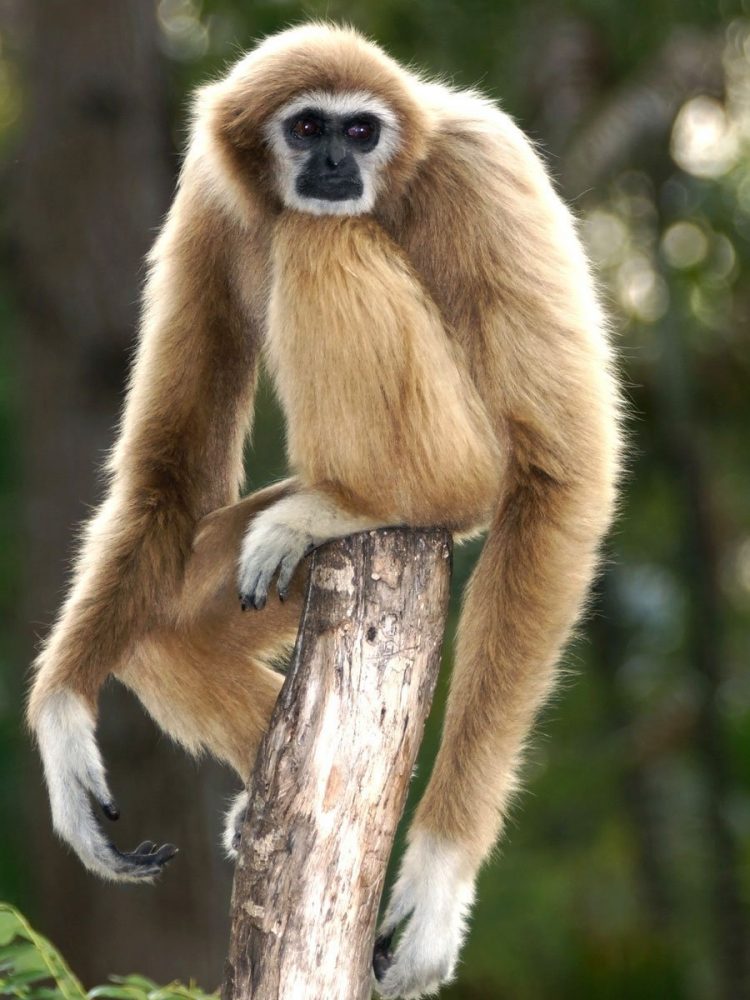 Siamangs are another example of small-bodied (Lesser) apes.