Alone No Longer: The Odd Couple Hit It Off 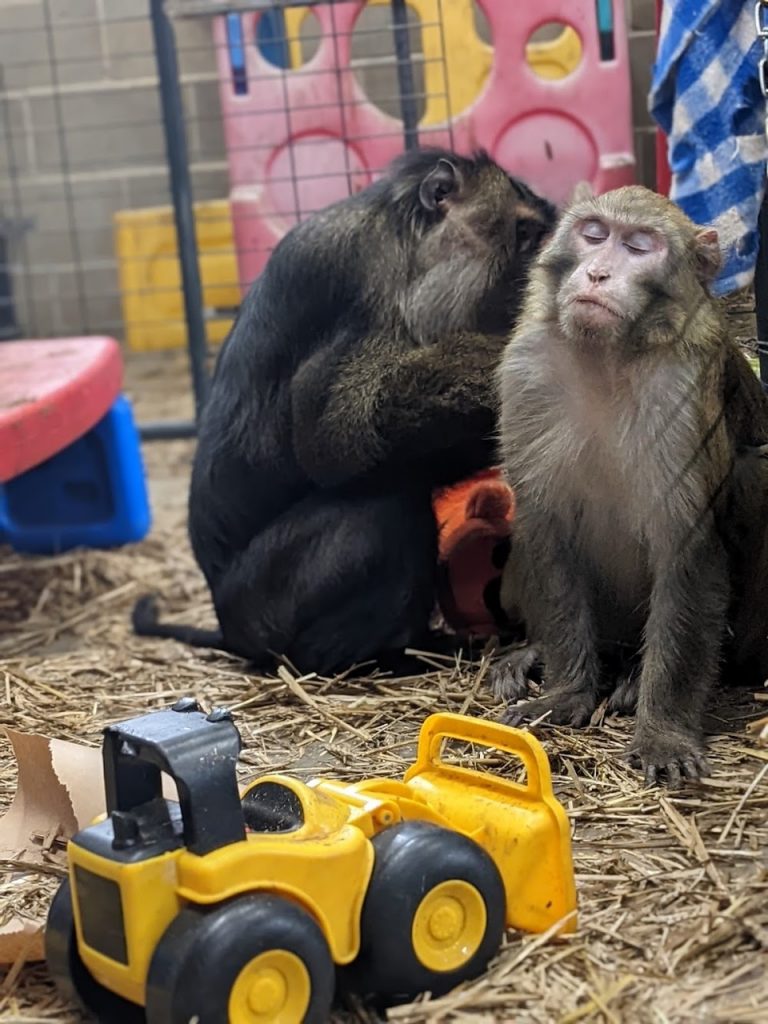 Alone No Longer: The Odd Couple Hit It Off

In case you missed our announcement, Rocky and Junior are now companions living together in the same enclosure! And get this — not only are they living in the same enclosure, they are playing with each other, grooming each other, and occasionally sleeping next to each other. This is not just any run-of-the-mill kind of monkey pairing. For Junior especially, this is HUGE!!

Junior, our 16-year-old pig-tailed/lion-tailed hybrid macaque, has lived alone for his entire life. Chances are, he was taken from his mother when he was very young to be sold as a pet. Until his arrival at Primates Incorporated in summer 2021, Junior likely had not seen another monkey in nearly 16 years, let alone live with and befriend another monkey!

Rocky, a sweet 16-year-old rhesus macaque also lived by himself at a research lab, but likely saw many other monkeys and lived with another monkey at some point in the past.

Given that Junior did not have any social experience with other monkeys, we wanted to give him plenty of time to acclimate to his new home and learn social behavior from our other role model monkeys in the building. Since Junior is a different species of monkey than the rest of our monkeys, his “language” and communication style are also naturally a bit different. Over the past 7 months with us, Junior and our rhesus macaque crew have been learning each other’s “languages.”

Meanwhile, staff have been monitoring their interactions, learning which monkeys were becoming allies with one another. Macaques are strong and have very large, sharp canine teeth that can do a lot of damage in a fight. Therefore, introducing monkeys to one another is always a bit precarious and needs to be well planned to avoid injuries. Similar to people, not all monkeys get along. We cannot just put two monkeys together and expect them to like each other. Since this is the monkeys’ retirement, we also focus on letting them tell us what they want, including who they want to be with, so we can ensure they are as content as possible!

We have to admit – although we had high hopes for Rocky and Junior together, their relationship has already surpassed our expectations. Junior loves to groom Rocky, and Rocky just melts to sleep as Junior grooms him. They like to gently wrestle with each other, chase each other, and follow each other around – all in an adorable, friendly fashion. They’ve both gained confidence and spend more time exploring. Junior historically has not been very excited about food and now he scoops it right up like our other monkeys. We are over-the-moon seeing so much positive interaction between them. Their true personalities are absolutely blossoming, and it is incredibly rewarding to watch. 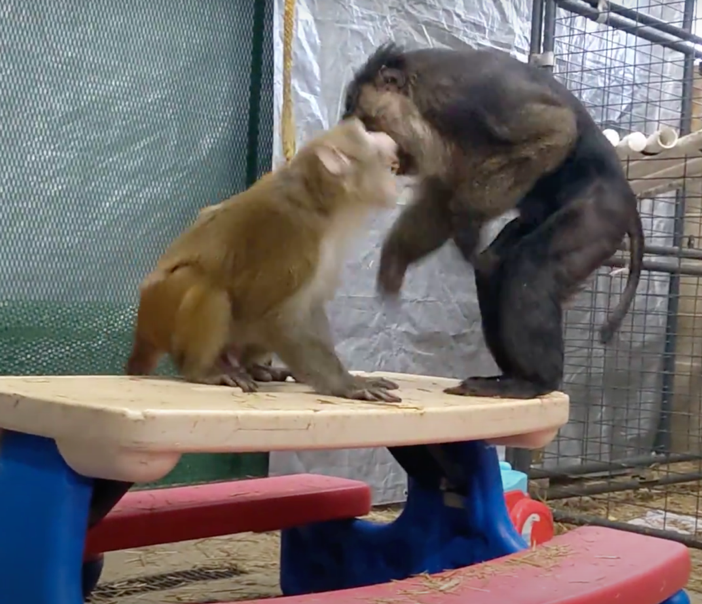 (Photo: Junior and Rocky play-wrestling on their picnic table)

The successful pairing of Junior and Rocky gives us import evidence that in a sanctuary setting:

We hope that success stories such as these will promote sanctuary life for monkeys, when possible, regardless of their species or background. Additionally, we hope that sharing the information we gather from our successes (and hardships) will help future monkey sanctuaries run smoothly as an increasing number of monkeys move to sanctuary life! 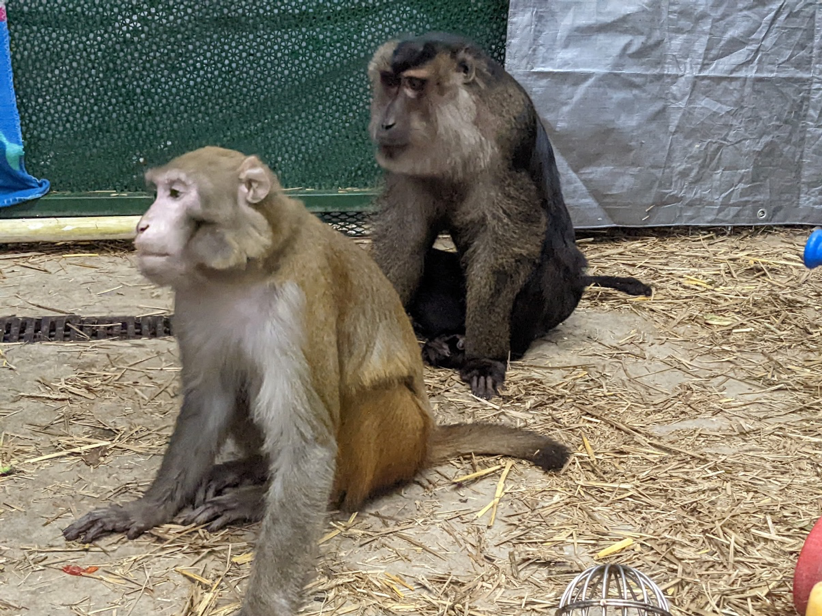 (Photo: Monkey see, monkey do – Rocky and Junior sitting on the floor watching their neighbors)